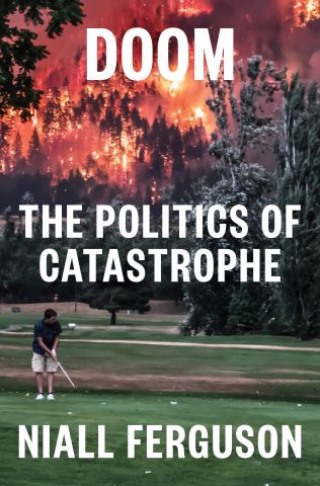 The Politics of Catastrophe

"All disasters are in some sense man-made."

Setting the annus horribilis of 2020 in historical perspective, Niall Ferguson explains why we are getting worse, not better, at handling disasters.

Disasters are inherently hard to predict. Pandemics, like earthquakes, wildfires, financial crises. and wars, are not normally distributed; there is no cycle of history to help us anticipate the next catastrophe. But when disaster strikes, we ought to be better prepared than the Romans were when Vesuvius erupted, or medieval Italians when the Black Death struck. We have science on our side, after all.

Yet in 2020 the responses of many developed countries, including the United States, to a new virus from China were badly bungled. Why? Why did only a few Asian countries learn the right lessons from SARS and MERS? While populist leaders certainly performed poorly in the face of the COVID-19 pandemic, Niall Ferguson argues that more profound pathologies were at work--pathologies already visible in our responses to earlier disasters.

In books going back nearly twenty years, including Colossus, The Great Degeneration, and The Square and the Tower, Ferguson has studied the foibles of modern America, from imperial hubris to bureaucratic sclerosis and online fragmentation.

Drawing from multiple disciplines, including economics, cliodynamics, and network science, Doom offers not just a history but a general theory of disasters, showing why our ever more bureaucratic and complex systems are getting worse at handing them.

Doom is the lesson of history that this country--indeed the West as a whole--urgently needs to learn, if we want to handle the next crisis better, and to avoid the ultimate doom of irreversible decline.

Niall Ferguson: Niall Ferguson is one of the world's most renowned historians. He is the author of sixteen books, including Civilization, The Great Degeneration, Kissinger, 1923-1968: The Idealist, and The Ascent of Money. He is the Milbank Family Senior Fellow at the Hoover Institution, Stanford University, and the managing director of Greenmantle LLC. His many prizes include the International Emmy for Best Documentary (2009), the Benjamin Franklin Award for Public Service (2010), and the Council on Foreign Relations Arthur Ross Book Award (2016).